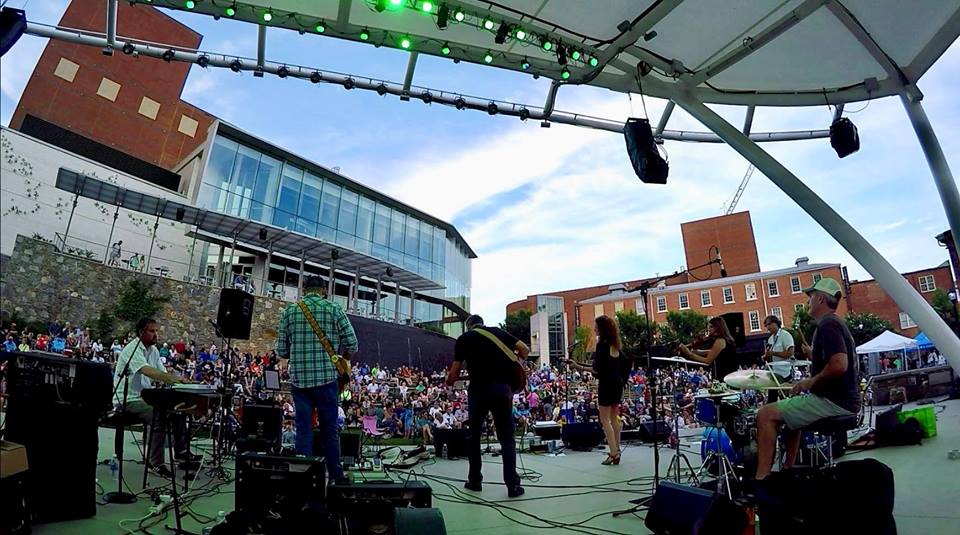 Nestled in the foothills of the Blue Ridge Mountains is the tiny town of Six Mile, South Carolina. Main Street is the only street–a street not encumbered by big city aggravations like stop lights and rush hour traffic. It’s the sort of place you pass through on your way to somewhere else–the sort of place you must attach another place to in order to give someone a general idea where Six Mile is.

But if you quiet your mind and listen to the breeze sliding down hills and over creeks, gently caressing pastures and pine trees, carrying secrets from forgotten grave yards and whispered prayers of nocturnal desperation, you will hear a melody as ancient as the land itself. How else can one explain the reason such a sleepy town has produced two of the Upstate’s most talented singer/songwriters?

Jennifer Goree and Tony Tidwell have individually been writing and performing their songs for the past twenty-five years. Their paths have crossed numerous times over those years, and they have formed a true bond of admiration and friendship that goes beyond the shared rural community in which they first felt music stir their souls. As solo performers, Goree and Tidwell have earned the respect of audiences and fellow musicians from all over the world, and when they combine their talent something amazing happens.

Maybe its the setting of their formative years or the fact that they both heard the melody rustling in tree tops outside of Six Mile, but their musical chemistry is undeniable. Thermonuclear Rodeo is the result of their creative union. Goree and Tidwell along with their band of gifted musicians (Will Chandler, Kristin Miesbauer, Dominic Mastroianni and Larry Williams) fuse the soul of southern lineage with the soil of Celtic mystery to create a sonic atmosphere they first noticed whistling in the wind as it passed through a place called Six Mile.

Something Good at Reedy River