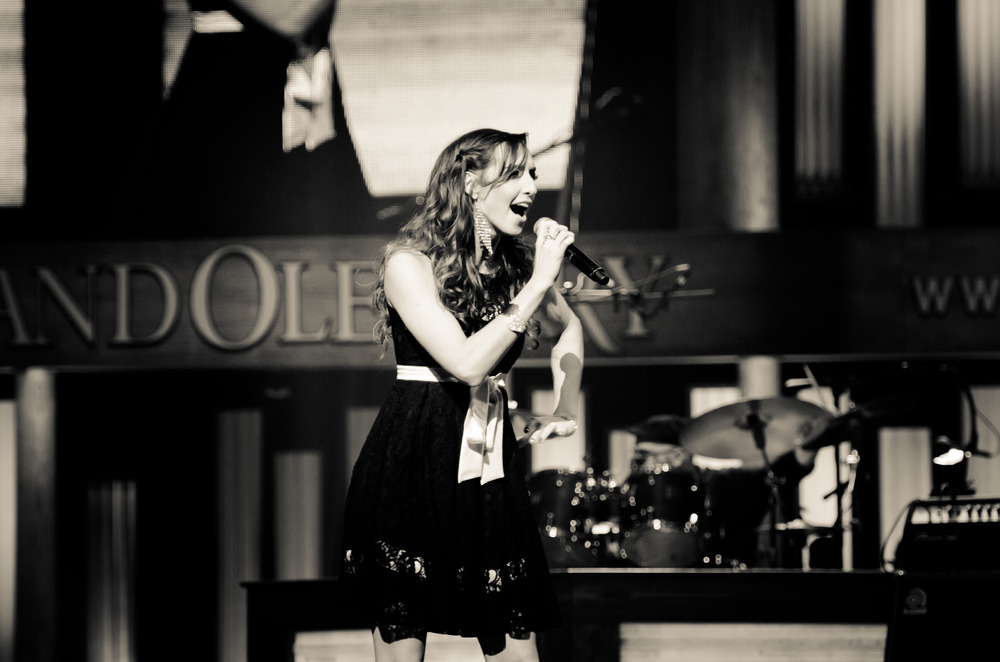 Tickets available below! $12 in advance, $15 Day of Show. Scroll down to purchase tickets now!  Doors at 6pm, show at 7pm

Jenn Bostic’s new single, What Love Feels Like, is a soulful track that will leave you singing “Nanas” for the rest of the week. Produced by six-time grammy award winning mix engineer Paul Salveson, the record features a gospel choir, conducted by Bostic, and debuted on the Grand Ole Opry stage in Nashville, Tennessee, on July 23, 2016.

Most well known for her hit single, Jealous of the Angels, a tribute to her late father, with the support of BBC Breakfast, Songs of Praise, BBC Radio 2, Weekend Wogan, Good Morning Sunday, and Smooth Radio, Bostic won over the hearts of people across the United Kingdom. It has been through the writing and over six hundred performances of this song that Bostic has found personal healing and brought comfort to people dealing with loss around the world.

Life began in Philadelphia, Pennsylvania, but unfolded in Waconia, Minnesota, where her family regularly gathered around a piano or guitar to sing. In addition to traditional American music – the 1930 standard “On the Sunny Side of the Street” was a favorite duet for Jenn and her father – the senior Bostic turned her on the soulful sounds of Bonnie Raitt and the purity of Emmylou Harris.

Jenn’s dad played accordion with respected Minnesota roots ensemble, Traveled Ground. “After losing my dad, they took me under their wing; they became like family,” Bostic says about the band. They also respected her vocal talent, which was becoming obvious through her participation in show choir and musical theater. At 16, the group invited her to sing background vocals on their first album, followed by countless live performances featuring Bostic singing the hits of Bonnie Raitt and Janis Joplin.

Upon high school graduation, Jenn attended Boston’s esteemed Berklee College of Music. It was a far cry from Waconia. “I was so intimidated by the campus,” Jenn confides, “walking to class down city streets.” She dealt with this fish-out-of-water syndrome by throwing herself into her music-education studies. During her sophomore year, she was given the opportunity to front a country/rock cover band that performed every weekend up and down the East Coast, as well as for the U.S. troops in Iraq and Kuwait. She regards her tenure with the group as a critical learning experience. “It taught me so much about performing, and I fell in love with country songwriting.”

She calls her subsequent entry into “real life,” as an aspiring Nashville artist, a “trial by fire.” She played at the famed Bluebird Café and developed fruitful relationships with songwriters, after the release of her debut album in 2009, she was dubbed “too pop for country and too country for pop,” by Music City’s power brokers.

Undeterred, Bostic performed several self-booked tours, and in 2012, released Jealous, which featured “Jealous of the Angels.” On a shoestring budget, she shot a video for the song and posted it on YouTube. Unknown to Jenn, a fan found the video and sent it to veteran DJ Simon Bates, who debuted the song on Smooth Radio. The response was enormous, and shortly after the song was playlisted at BBC Radio 2, Jenn performed the song on BBC Breakfast, and that day the song reached #1 on the iTunes singer/songwriter chart in the UK.

Jenn went on to be the first international independent artist to have three singles—“Jealous of the Angels,” “Not Yet” and “Missin’ a Man”—playlisted at Radio 2, the most listened-to radio station in Europe. That same year she won five International Country Music Association Awards including “Best Songwriter,” “Best Female Artist,” and “Overall Winner.”

In 2015, Bostic released Faithful, a 14 track album including collaborations with Barrett Yeretsian (Jar of Hearts), and Lauren Christy, co-creator of The Matrix writing/production team, which has sold more than 30 million records alongside artists such as Christina Aguilera, Britney Spears and Rihanna, to name a few.

The album debuted with a performance of Little Grace premiered on popular UK television program Songs of Praise. Bostic followed this with a CD release concert in London, and over 150 shows across Germany, Sweden, and the United States. She continues to pull on the heartstrings of people around the world with her honest lyrics and emotionally powerful voice.