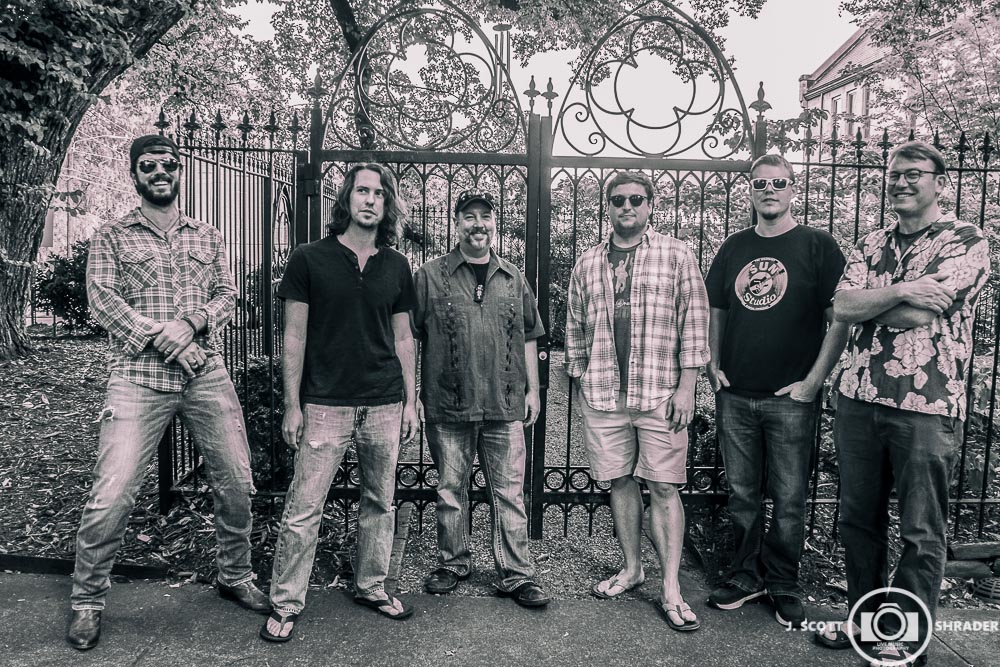 The Grateful Brothers pay tribute to two of the richest catalogs of music in American history: The Grateful Dead and The Allman Brothers Band.

Formed in early 2016 by Zach Thigpen and Brad Crowe, The Grateful Brothers combine the catalogs of The Allman Brothers and The Grateful Dead. Often intertwining songs through segues and transitions, they carry out the improvisational spirit of the two groups in their own space. They use the songs as more of a template rather than adhering to strict album-style covers, creating a unique, high energy, and genuine crowd experience at every performance. The six musicians making up the band have known each other and played in various outfits with one another for upwards of ten years. The camaraderie between them is obvious and the familiarity leads to the ease of musical exploration. The band consists of Zach Thigpen (guitar and vocals; Athens, GA), Brad Crowe (guitar and vocals; Greenville, SC), Adam McFarlane (keys and vocals; Greenville, SC), Jeff Holland (percussion; Greenville, SC), James Hall (drum kit and vocals; Anderson, SC), and Robbie Edwards (bass; Anderson, SC).

Posted by The Grateful Brothers on Monday, March 13, 2017