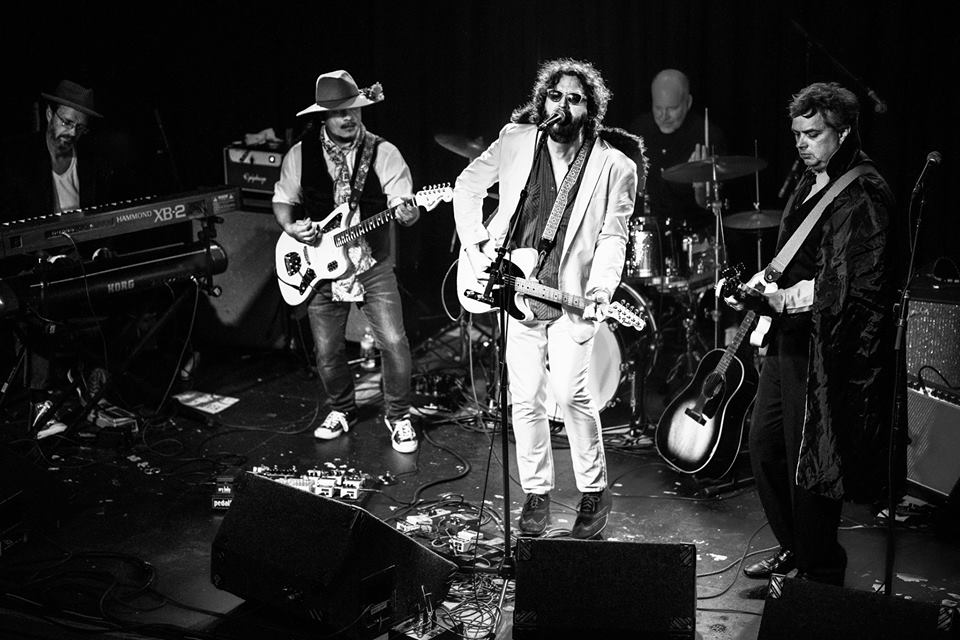 Doors at 6:30, show at 7:30, $10 General Admission
Tickets available at the bottom of this page or at the door
After 16 years in hibernation, 6 String Drag is back to remind us a few things about real rock ‘n’ roll. In the late ‘90s, the Carolina quartet stood out as pioneers of the nascent alt-country movement. Their Steve Earle-produced LP, High Hat remains an undisputed classic of its era. (the band was also on Earle’s E-Squared Records)
Now battle-scarred and road-wizened, today’s 6 String Drag is the sound of kindred souls reunited, letting their own histories as human beings mingle freely around their shared love of classic, bygone sounds. Their exhilarating new recording, Roots Rock ‘N’ Roll, welds Kenny Roby and Rob Keller’s trademark harmonies to surging rhythms. Cut mostly live to tape, the effort is equal parts slap-back swagger and openhearted honesty – a triumphant return that celebrates rock’s first golden age by virtue of the grace, wit and insight found in Roby’s songwriting.
“I was banging out these rock ‘n’ roll songs about being teenagers, about hanging out and passing time in small towns,” says Roby. “They were pretty uncomplicated musically but we still had no idea how the recording would go. We showed up on Thursday and left on Monday. I didn’t know if we’d be able to cut four songs in four days, let alone capture most of the 11 tracks that became the album.”
That knife’s edge intensity is matched by a wooly, woody sound: Instruments bleed into vocal mics, bonding the sonority. Imperfection is celebrated, rather than painstakingly avoided. Ray Duffey’s swinging drums and Keller’s upright bass are the foundation, embroidered by Roby’s rhythm guitar and guitarist Scott Miller’s pointed leads—then thickened by an old-school horn section. The immediacy translates beautifully to record, elevating everything from the plaintive desperation of “Hard Times, High Times” to the self-effacing word play rave-up “Kingdom of Gettin’ It Wrong” to the rousing slide guitar snarl of “Sylvia.”
“I’ve played with so many different people over the last 16 years,” Roby says. “But being back with these guys sure felt like home again. Back in the day, we were rarely at a loss for ideas. It was great to realize that’s still the same. When we undertook this record, we all hoped there would be chemistry. It turned out that there was way more than any of us expected.”
Local singer-songwriter Eli Edwards will open the show, followed by a full set of music by 6 String Drag.