About the Music Centre

The Westminster Music Centre is a community focused non-profit venue. This unique facility has been designed from the ground up to provide both the artist and audience with an environment where music can be enjoyed and appreciated the way it was meant to be – up close and personal. Fostered by our small town warmth and hospitality, we are proud to host the region’s finest musicians, artists and performers. With its professionally designed sound system and intimate environment, the Music Centre provides the perfect place to fully experience musical performance.

In the interest of keeping this beautiful venue alive, a group of motivated citizens formed the “Westminster Music Association,” run by a volunteer board of directors, in the fall of 2016 and re-organized the Music Centre as a 501c3 non-profit organization.  In 2017 we hired a part-time director to run operations and officially started holding events again in March 2017.

One of the most frequent questions we get is about the history of the building itself that houses the Music Centre at 101 West Main Street.  Apparently, the building has been many things over the years.  Most older Westminster residents fondly remember the “Dixie” grocery store that used to live in this building.  This was at a time in the mid-century when the railroad made the city a bustling business centre which housed a total of 4 grocery stores downtown.  After that it has seen turns at various retail operations, most notably a furniture store owned by the Barrett family and operated by Gresham Barrett, who was born in Westminster and went on to be a U.S Representative for 8 years.  If you or someone you know may have more information about the history of our beautiful building (or better yet, have pictures), please don’t hesitate to get in touch with us.

Please note that our Mailing Address is different from the venue address: 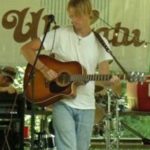 BJ Callahan is the new Executive Director of the Westminster Music Centre.  BJ is a performing musician in his own right and owns a music studio in Seneca, FNKY Music studios, where he teaches music lessons and operates a small recording studio.  You can find out more about BJ, his music, and the studio at the website for BJ Callahan & FNKY Music.  Callahan performs locally as a solo act and with several local bands, most currently his Americana folk project Amongst The Trees.  BJ and his family moved to Westminster in 2011 to establish Callywood Farms, a sustainable family farm, to pursue their dream of living off the land and growing their own food.  They raise pigs, chickens, and garden while also raising 2 children. Every summer they host the Summer Solstice Farm & Music Festival which combines their loves of live music and farm life.

There aren’t enough glowing adjectives to describe our board members…A few that spring to mind are: generous, passionate, motivated, loyal, focused, did we mention generous? …yeah you get the picture.  These are the folks that donate their time, talent, and energy to make the Music Centre happen.

There are no upcoming events at this time.